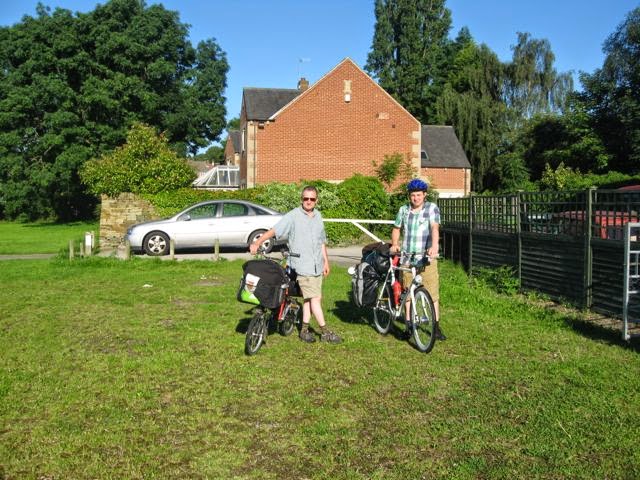 In July 2012 myself, son Jake and friend Andy decided to cycle to London Jake and I were going to the Olympics. We would get the train home.

We planned our route to leave Chesterfield along the Five Pits Trail, quiet roads to Derby and then National Cycle Route 6 to Milton Keynes then the Grand Union Canal path to West Drayton (west of London). Jake and I would stay with grandparents whilst visiting the Olympics and then cycle back to St Pancras to get the train home. 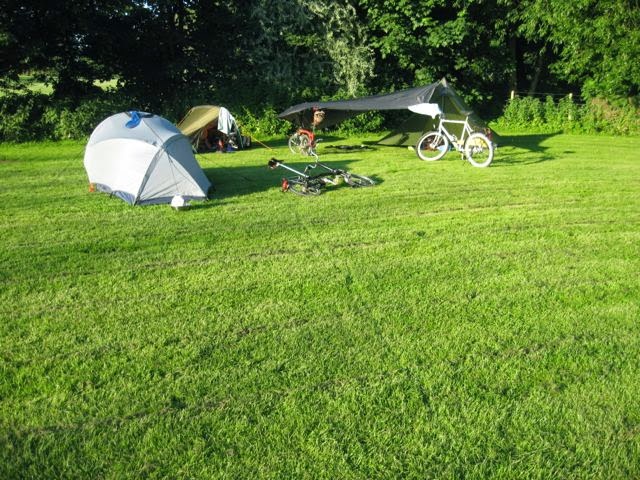 We camped for two nights and spent one night at relations just south of Milton Keynes.

The first day started well with a very quick trip along the Five Pits Trail, maybe the wind was behind us! After leaving the traffic free trail near the village of Blackwell there were a few miles of undulating narrow and at times busy roads before we joined the old A61 to get to the north of Derby. It was along here we discovered slip streaming making it so much easier for the following riders. In Derby we picked up route 6 and stopped for lunch at a riverside pub.
We planned our first night stop at a campsite just off route 6 next to Donington Park motor racing circuit. As we arrived earlier than we thought we made a deviation into Melbourne and sat outside a bar for a while. The campsite was almost deserted and we settled down for the night. The approach to East Midlands airport right overhead! 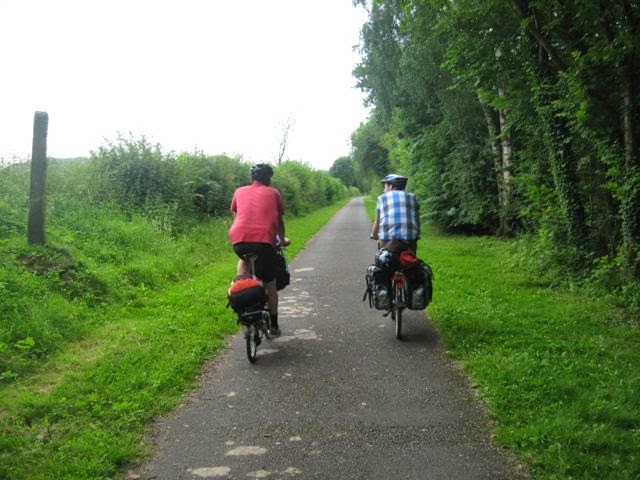 Next morning we quickly regained the cycle path and set off south. After climbing up the side of a huge quarry it was back onto quiet roads to go through Loughborough. A pleasant lunch stop at a farm museum and then into Leicester.
The temperature throughout the trip was really high so in the middle of Leicester we stopped for an ice cream in a large park and to fill our water bottles.  Despite buying ice cream they refused to fill our water bottles! Even chasing me to the toilets when I decided to fill then there!
South of Leicester we met a group of young people from Derbyshire we had given some Bikeability training to. This was to prepare them for doing the same route as ourselves but back from London to finish in Derbyshire on the opening night of the Olympics. This meeting delayed us somewhat and after shopping for food in Market Harborough we finally arrived at our campsite at a fishing site after 8.00pm. Finishing our meal as it got dark. 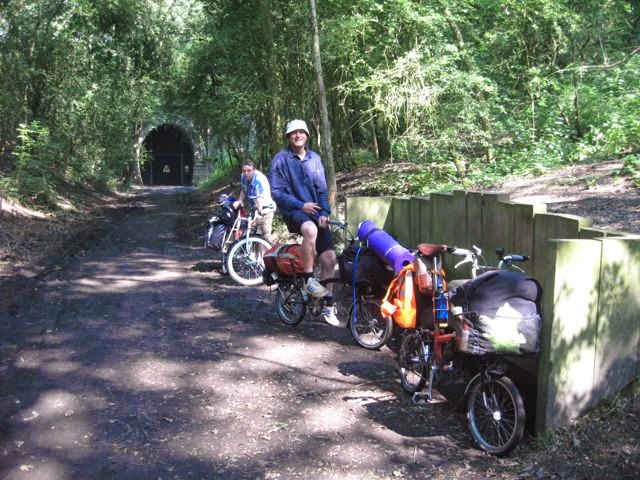 After such a long hot day we didn't leave the campsite until nearly 11.00am - big mistake! Staright away we were on the traffic free Brampton Valley Route to Northampton. The highlight being an unlit tunnel. The surface one minute being firm then very wet.
A leisurely lunch was taken in Northampton - another mistake! and then we set of for Milton Keynes. Unfortunately we took a wrong turning and couldn't work out where we were, eventually ringing Sustrans to ask where to go! Having retraced our route for a couple of miles we regained the correct route. It was very hot that afternoon and we ran out of water again. Couldn't find anywhere to fill up so eventually stopped at a pub (closed) and found an outdoor tap!

Once we arrived in Milton Keynes we expected the cycling to be really easy but the signage just pointed to local names, non that we knew. We asked various locals but they just said 'follow the redway', problem was there are 'redways' everywhere. Having cycled south from the railway station a year before we decided to get to the railway station and try to follow that route. Having wasted at least an hour we got to the Grand Union path and our night stop at relatives quite soon after. 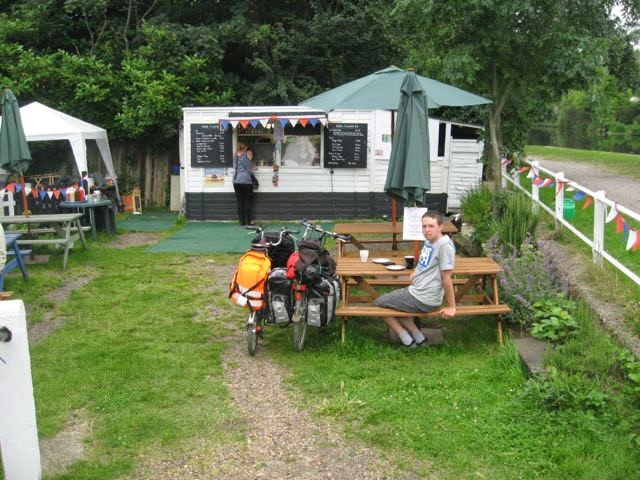 On the final day we made an early start and were quickly back on the canal path. To begin with the path was poor being quite large gravel and then just grass but the nearer we got to London it got better with several stretches of tarmac. Although the cycling was easy it could be quite boring. However we stopped at a lovely canalside pub south of Hemel Hempstead although touring cyclists covered in dust were certainly in the minority. Our final stop was at the lovely Canal Side Cafe in Rickmansworth.

After that we were quickly at West Drayton where we left the canal path to follow roadside path alongside very busy dual carriageways round to the south of Heathrow to arrive at the grandparents. 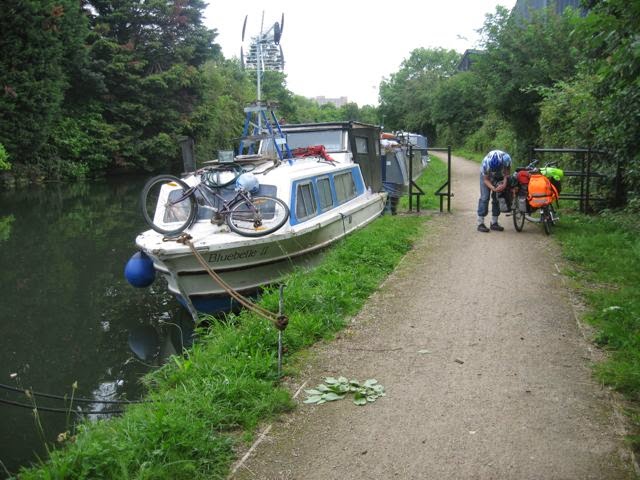 On way we passed a boat I used to own when I lived near Reading. With a short diversion in Little Venice we continued on the canal path past London Zoo, then the busy section at Campden Market to arrive at St Pancras.

Apart from the heat the only problem was one puncture near Northampton.