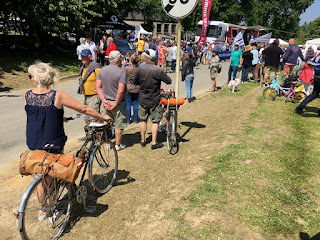 Having helped run several 'Cycle in Style' rides in Chesterfield my companion and I decided to try a vintage ride in France in 2018. The Tour de Rance near St Malo looked a good bet being fairly low key. Travelling there was just easier by car so after an overnight crossing from Portsmouth to Oustreham, stopping at Mont St Michel we arrived at our gite in Pleudihen Sur Rance which was the departure point for the ride on Sunday.

The next day (Saturday) we wandered around Dinan in the morning and then drove to the village of Calorguen to register for Sundays ride and watch the 'race' doing several laps of the village which was the first event of the weekend.

All very friendly and laid back. 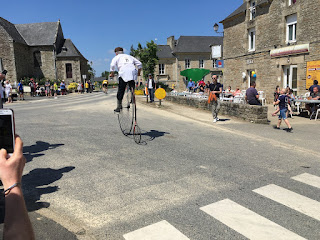 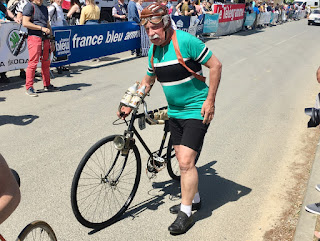 The star of the event was Bernard Hinault, previous winner of the Tour de France: 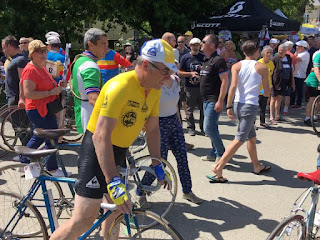 Drive back to our rented house and prepare the bikes for the morning. I was riding my 1980 Carlton Super Course and Kaye riding a 1970's Bottecchia mixte frame. 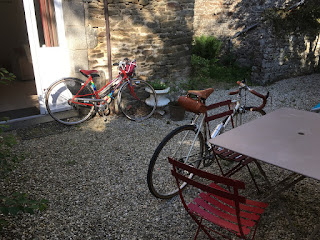 On Sunday morning we cycled a couple of miles to a large field on the banks of the Rance to the start to find a collection of old promotional vehicles and up to 500 cyclists getting ready to set off on the 50 mile or 25 mile circuit (we did the 25 mile!) 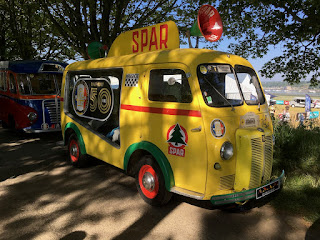 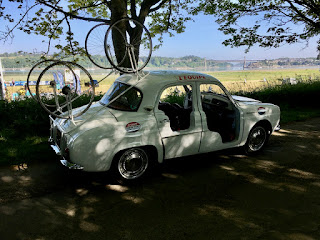 While waiting for the off we chatted to several other riders. First of all the more sporting riders set off for their longer ride then it was our turn. Off we went on an undulating route on the east side of the river until eventually approaching a large bridge over the river we dropped down to a small beach where we all stopped for a short while. On the way passing a large number of classic vehicles going the opposite way that were part of the Tour of Brittany. 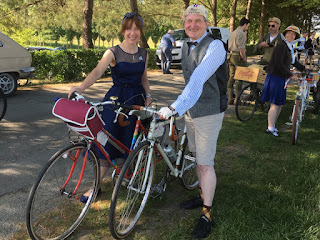 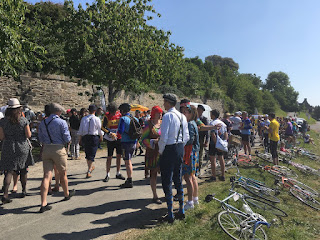 After a longer leg on the west side of the river we eventually cycled past our house and back to the start where we were given food and entertained with singers. After lounging around we cycled back to the house for a well earned rest!
The next day on our way back to the ferry from Oustreham we saw lots of the classic cars from the Tour of Brittany including this excellent 2CV complete with single wheel trailer. Also liberating some of the direction signs. 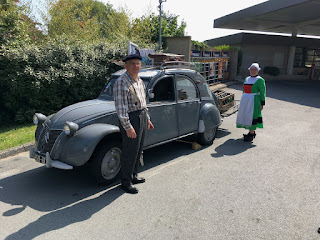 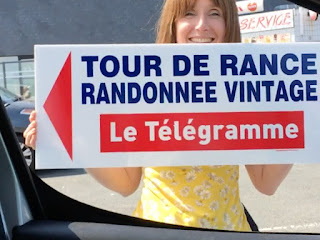