Earlier in 2018 I took part in the vintage cycling event ‘Tour de Rance’ in Brittany. So thought I might try another event with my 1980 Carlton Super Course! La Lacustre in northern Italy caught my eye and meant I could combine it with a long train trip. Logistics took a while to sort out but eventually saw me booked to London and then Eurostar to Paris. Managed to get the bike booked on without having to dismantle it, Eurostar only take two undismantled bikes plus quite a few in bike boxes they supply. No rack on the Carlton so clothes in a rucksack, and small waterproof bag on saddle plus a bike bag rolled up fastened to the saddle.

Once arrived at the Gare du Nord a long walk to the parcels office to get my bike which eventually arrived hung on a luggage trolley. 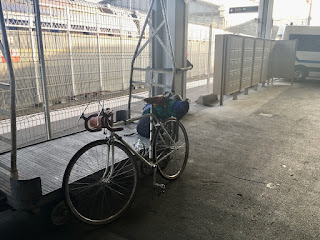 I cycled across Paris with a stop for coffee and cake at ‘Steel’ bike shop then a night in a hotel close to Gare de Lyon. Before a meal in a corner bistro I had a beer in the wonderful Train Bleu bar. 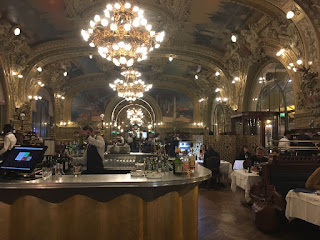 Up early the next morning to the Gare de Lyon for the Paris to Milan TGV. No bikes allowed so wheels, handlebars, saddle and pedals off and all packed into a bag. Breakfast and lunch on the TGV. Arrived at Milan Garibaldi station 7 hours later and then rebuilt the bike on the platform! Pedal from Garibaldi to Centrale station via a roundabout route taking in some of the sites including passing the Brompton Junction shop! 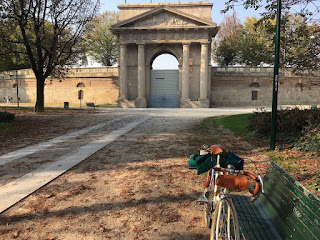 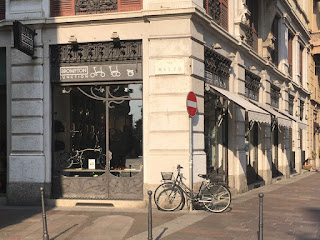 Some good cycle infrastructure but lots of tram tracks and some huge cobbles too! Then two local trains to finally arrive in Marone on Lago Iseo. Local trains take bikes as long as you have a ‘bici’ ticket which I bought at the impressive Centrale station (all other tickets booked beforehand on the internet. 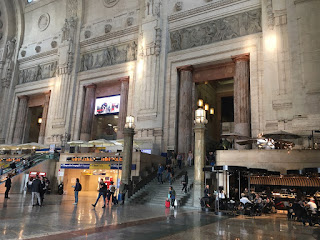 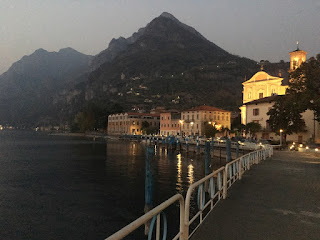 I had booked an AirBnB in an old fortified house high above Marone, very steep climb which I couldn't manage with a loaded bike but wonderful views! Up early the next morning and freewheeled down to the village seeing lots of cars unloading ‘classic’ bikes. 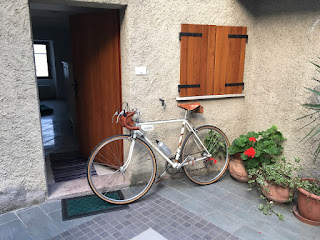 Register (pre booked on the internet) at the ride HQ to be given a large envelope with A4 poster, cap and other bits and bobs. Problem, what do I do with that? Decide the only thing to do is to cycle back up the hill to leave them in the house! Easier this time without luggage then freewheel down again and directed into the start area, a square between the lake and the church. A band playing, lots of shouting and its time to go with the band playing the Italian national anthem and many riders singing. 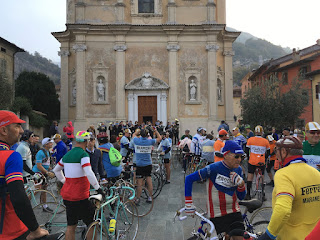 Also a group of hand cyclists who turned out to be very fast! 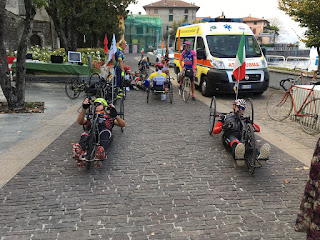 Out onto the road to start the 40 mile circuit of the lake. The roads are open to traffic but somehow cars coming towards us have been stopped in groups and presumably at the back too because for the whole way nobody overtook us. Pace was quite fast on good surfaced wide roads but slowed down as we went through narrower streets in villages. Everyone kept together in a huge long ‘peleton’. Supposedly there were 500 riders but it looked more! Great variety of bikes and riders, one minute riding alongside someone who looked like a classics winner from 30 years ago, then then an old delivery bike full of bread or a mobile cobbler! I managed to be on one of the official photos: 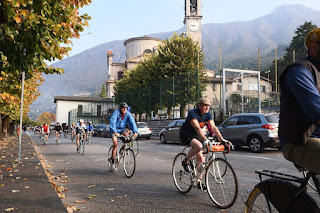 After about an hour we stopped for the first time to be given a drink and a biscuit. There were two more stops before the finish, at the next one a roll with local salami and two choc biscuits, next one local cheeses and white wine. In between stops the route wound its way around the lake. At one point through two long tunnels. The instructions said we had to have lights but around half didn’t bother. Just one hairy moment with a tight bend in a tunnel which meant everyone came to a sudden halt! Lots of shouting and arm waving in the almost pitch black! 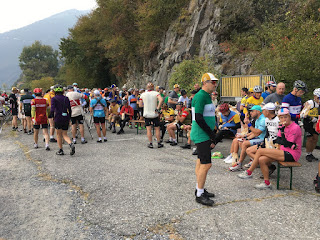 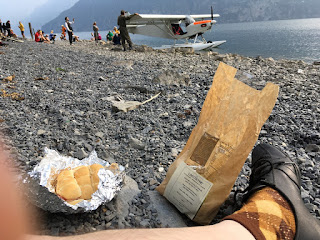 After the last stop the route left the road and used what I presume was the original road which is now a ‘shared’ path, quite a few ‘non event’ cyclists trying to go in the opposite direction which was a bit of a forlorn hope. Eventually we arrived back in Marone and were funnelled into a large garden behind the ride HQ and all given pasta, bruschetta and red wine. The weather couldn’t have been better, weak sun shining through high cloud, about 20 degrees which of course really made the day. It was really well organised, everyone very friendly, I speak virtually no Italian and never heard any other language all day but it didn’t matter I just followed everyone else! 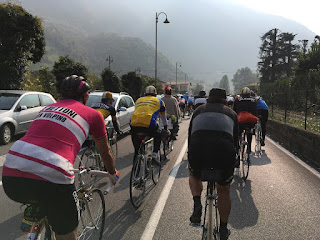 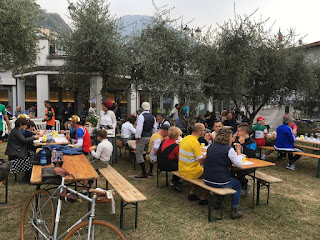 The next day a leisurely get up and pack, freewheel down the hill again to the station. 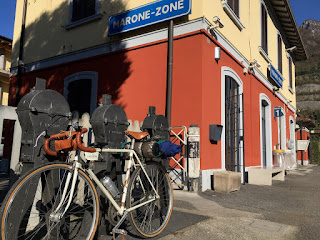 Catch a  couple of local trains to Bergamo, changing in Brescia where many years ago I had been to watch the start of the Mille Miglia retro. 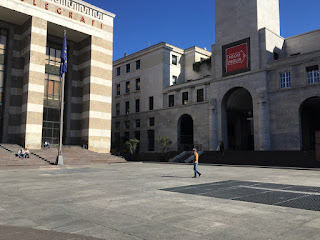 Cycle to the airport, pack the bike away into a bag again and fly back to Manchester.